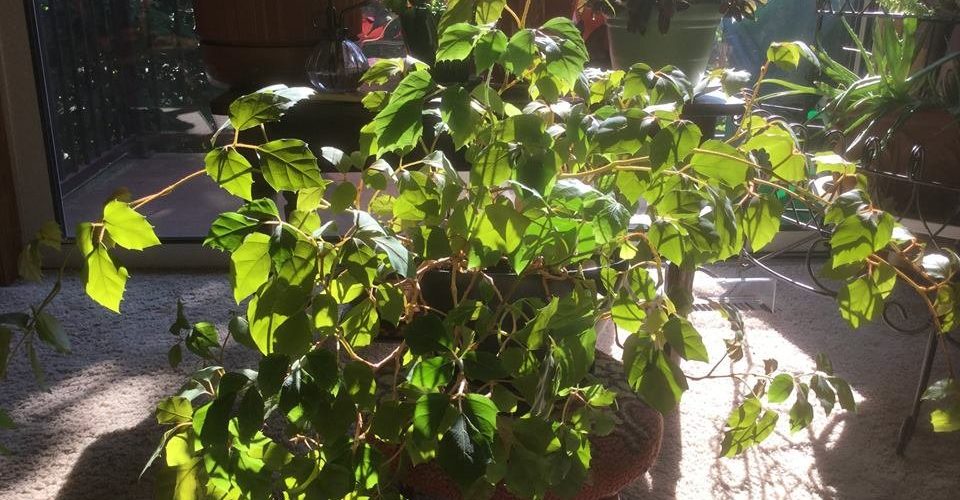 When I was eighteen years old, my oldest sister gave me a Grape Ivy plant for a birthday present. It was my first indoor plant and the best gift ever. I loved outdoor flowers, but never had I had an indoor plant.

When I received that Grape Ivy from my sister, little did I know, it would start my love affair with indoor house plants. By the age of twenty-five, I had nearly eighty indoor plants. I guess you could say, they were like family. I loved each one of them. I learned their Latin and common names. I learned what type of watering they needed and if they like the sun or shade. As the years went by though, I became more intuitive with them and didn’t read on them so much.  The Latin names disappeared from my consciousness completely.

At some point, I started talking to my indoor plants. I didn’t even realize how much I was doing this until someone pointed it out to me. I would wish them a good morning or even greet them upon coming home.  I seemed to talk to them when I was watering them too.  Sometimes, they fainted from lack of water and I would apologize to them for missing their regular watering. I just conversed with them as if they understood.

As the years went by, I became more aware of their presence.  When I walked in the door from work, I would immediately know if a plant was thirsty before I even saw it. How did I know that? Did it talk to me? Did it send me a telepathic message?

My plants had other ways of communicating with me too. My sister who gave me the Ivy so many years ago lives in another state. Twice over the years she became very ill and was in the hospital. I know it sounds funny, but the Ivy plant she gave me got sick and very weak during both of her illnesses. My Ivy plant actually got sick before I knew my sister was ill that first time. The second time the Ivy got sick, I called her up and sure enough, she was having a severe health issue. That Ivy she gave me for my birthday so many years earlier was a rooting off a Mother Ivy plant she had at her home. She still has that “Mother” plant with her. Possibly, the two plants communicated. Possibly, they never stopped being connected, even though they are a thousand miles apart.  Maybe, both are true.  Maybe its true about us too.  We can be a thousand miles apart and still be connected with someone we love.